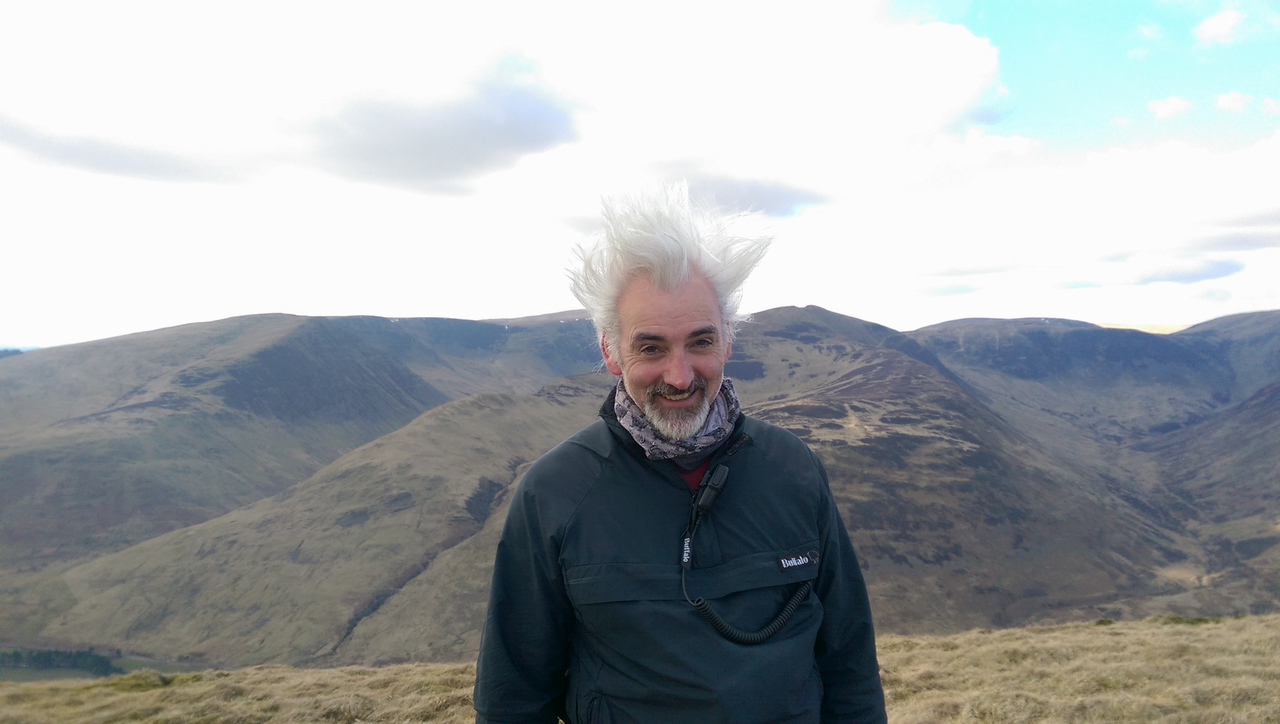 A good looking sky and a good forecast tempted a posse of the wingbeat crew to head for Bodesbeck.

And we weren’t the only ones - a few keen LLSC chaps were walking up from the Moffat road side of the hill. Shocker of a climb.
Tommy was already on top when Rob and I arrived.

Dudley arrived soon after, vaguely unpacked some of his glider, then promptly lay down for a sleep. To be fair, the top of Bodesbeck is far from the worst place in the world to grab 40 winks.

The day started very slowly, with lots of shadow on the ground, and not a lot of thermic activity. Eventually some disjointed lift arrived, and a few keen souls took to the air. Hard work for not much gain I have to say, and there was a fair bit of top landing going on. Three of the LLSC guys, including Brendan on his outrageous competition weapon headed for a sunnier slope a couple of kilometres down the valley, where they sat around for ages waiting for some sign of rising air.

The short flights, and working hard to gain any height continued. Rob and Bob Mathews got the best of it, and Bob headed off to join the other LLSC chaps, who were in a weak climb in the middle of the valley by this point. Rob elected to push back and stay on the hill due to the drift looking like it’d take him too far away from his evening meal.
Jamie arrived eventually, after family duty, which I’m sure he didn’t begrudge on such a nice day, launched, and promptly went up.
Dudley is still asleep.

And so the day continued. Gerald had a bit of a fly and slope landed. Steven had a good old float around. Tommy and I mooched around in light lift.
To mark the official start of Spring, Dave turned up in shorts, but took pity on the rest of us and put his whiter than white legs away soon after.
Dudley woke up long enough to have a bit of a waft around, but decided to head off early.

A bit of light convergence set up in the valley towards the end of the afternoon, which Tommy, Jamie and Rob had a fine old time playing in.

Everyone eventually headed around the corner and landed up the side of the Bodesbeck Burn, beside the track back to the cars.
At this point, Tommy starting rambling about the Bodesbeck Brownies, which I think are either local faeries, a troop of young girls in uniform, or fragrant cookies with unexpected after effects. Difficult to tell, from the context of the conversation.

The day ended with a relaxing walk down through the forest back to the cars. At one point we passed an old caravan on the hillside. Maybe that’s where the Brownies congregate.