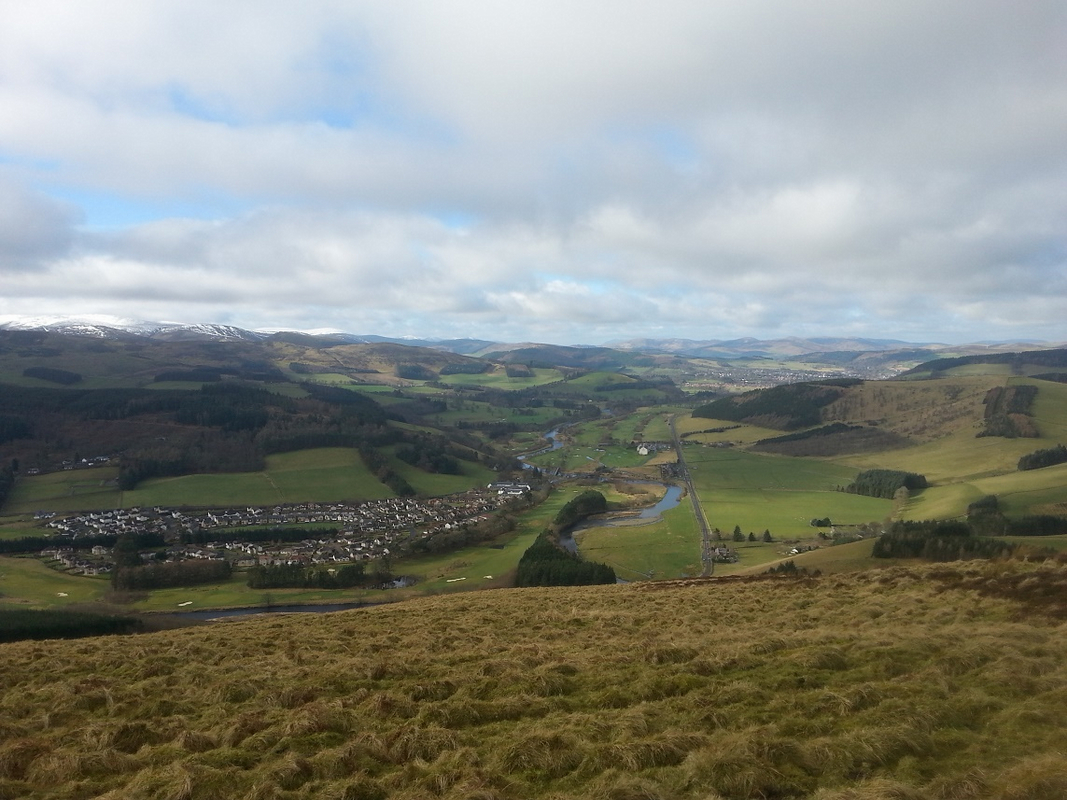 Woke up this morning and Tweed valley had similar conditions to Sunday 6th, so decided to squeeze in a wee explore of Lee Pen before heading back to Edin. Actually, it was Lee Burn Head, the big slope opposite Cadrona - 50m lower than Lee Pen but west facing. This has been on my list for quite some time now, and got a nice short soaring flight and a fly down, although turned out to be more complicated than I expected.

I parked opposite the cottages and just followed the track due east right up the face, less than 30 mins to top. Wind was slightly north of west and so rolled over the hills to the right in front of take off, making twitchy conditions and areas of sink. This is not helped by the deep gulley of Dirtpot Burn right in front of the northern end of the ridge - probably best to try it in a true W or better still SW. Take off is a nice big open grassy slope, although some big tussocks and heather/bracken higher up did a good job of snagging lines.

Conditions were improving all the time but I had to get away early. I had several easy reach landing options planned, but after some serious sink thought I would have to slope land half way down and walk the rest, only to scratch and find just enough lift to get me up across the road and trees onto the golf course - not a planned spot, but lined up beautifully and like landing on a green runway. So nice to get two days in a row and will definitely be back here for some further exploration.