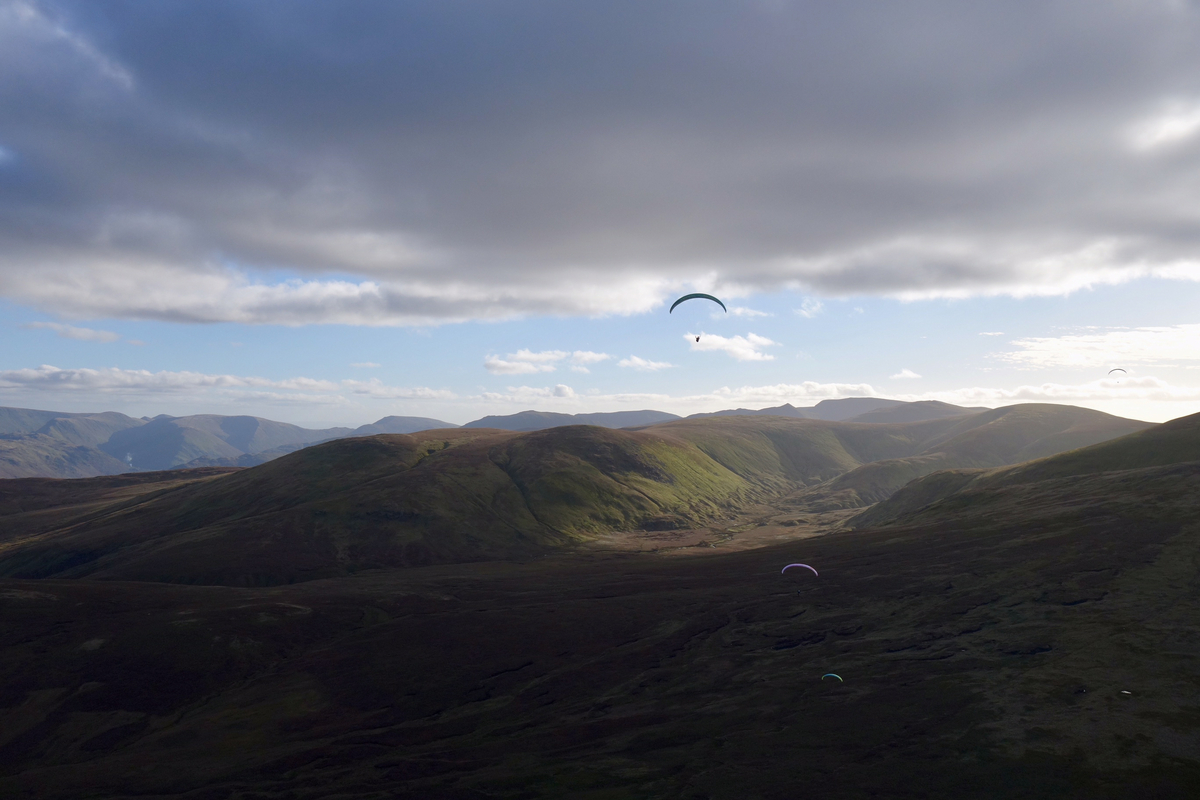 Stupid cheap forecasts. Kids swimming lessons in Dumfries in the morning meant only an afternoon available. And the clocks went back so sunset at 16:36! Not flown the Lhotse since August due to issues with the lines / risers (sorted now) and the weather.

Still looked windy so plan B - Lowther hills ski club work party. Get something constructive done and a bit of fresh air.

Sunday morning. Plan B in action then two messages.

Mmm. Maybe I can go flying.

Quick ping to Richard B

Kids dropped home. lunch grabbed. Glider dusted off. Next problem.. how do I get to wolf crags? Never been before. Computer on. CSC website checked. Printer kicked. gps configured. 1hr 1min eta from lockerbie. Seems like a challenge :-)

Found a very full car park. and a pilot (Ben) with a stupidly small glider bag and walked / chatted along to take off.

Got there just as Stephen took off. Looked like a good take off so started to set up. Wind seemed a bit east of north but people were soaring the crags and the slope so must be ok. A few interesting launches made me hold back. are they struggling for any particular reason or just making it look hard to put me off???

Not a lot of lift on the main face but some lovely beeps as I cruised in over the crags. I always think it's an amazing feeling when you get in close to a steep face and then climb straight up past it.

there were a fair few gliders in the air. 18+ which was fine apart from when the sun was getting low... One beat straight into the sun but at no point it felt like ten pin bowling so all good (for me at least)

Saw Stephen land and thought I should go down and say hi but I'd probably only been flying 20min by that point and was enjoying the boat about. Batteries in the gloves were a bit low so hands were getting cold and landed after 45min or so. Could have stayed up but aware of the time and prospective sunset.

I think Richard managed the turnpoint challenge ( http://fozz.dyndns-ip.com/xcmap/resultsStrict.php?t=617 ) which might have been more interesting had I known about it. maybe next time.

Quick debrief in the pub with Stephen and Richard then home for tea.

Most of the pictures are from Richard (RB)