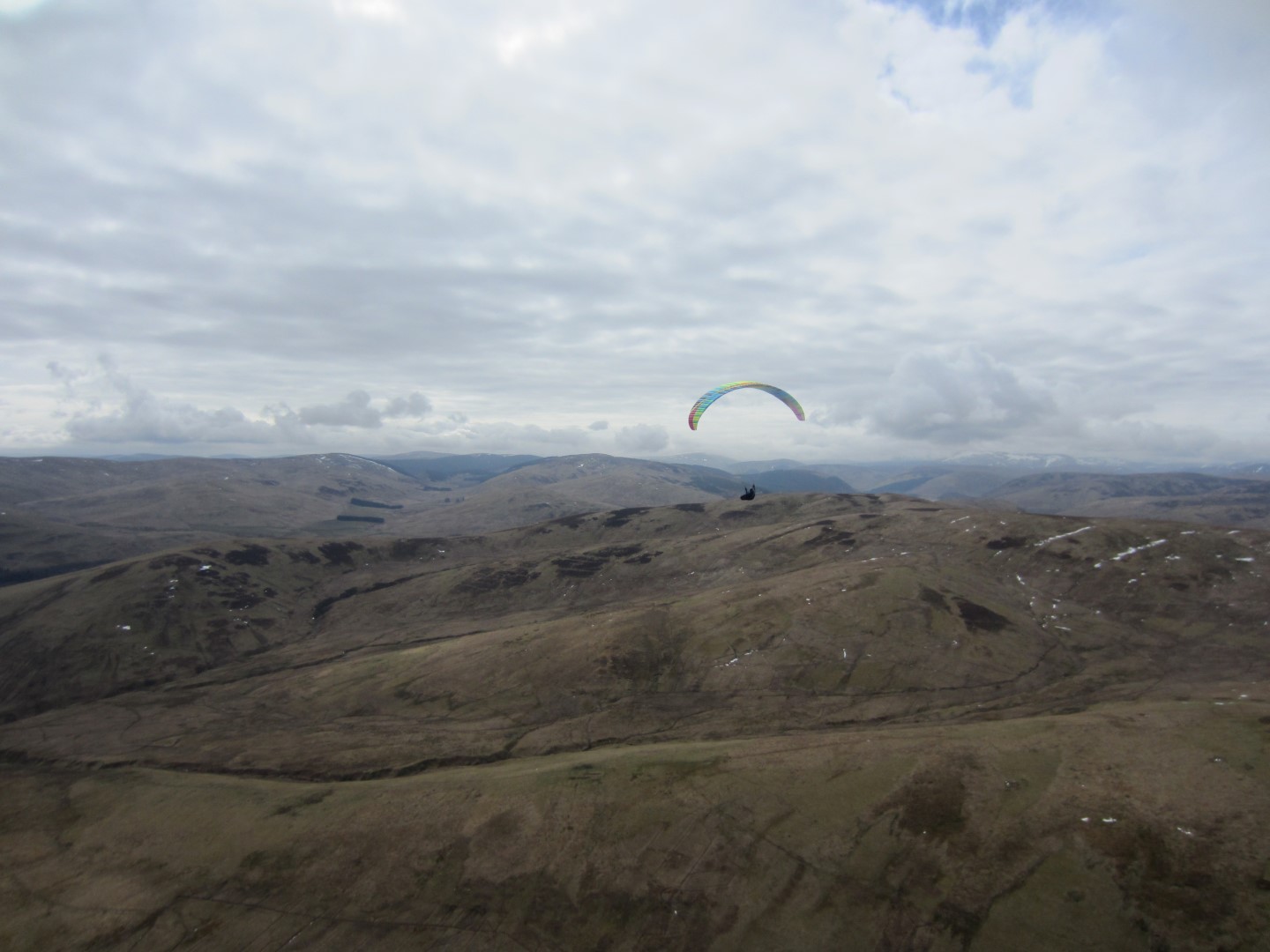 Not long ago, we rarely flew MountBenger. Don't know why not, cos it just seems to deliver the goods every time. Once again a Wingbeat half dozen (Fred, Dudley, Derek, Rob, DaveH and later Alek) gathered at the Mount and took advantage.

As usual (it seems), the first half of the morning chatter was full of doubts, and mine only got bigger as I drove south, watching the sky fill in completely and then hit the first showers at Peebles. A call to the early arrivals already on the hill just five miles away encouraged me to continue, claiming it was perfectly flyable and all were about to launch off the SW face. Ha! As if....

Of course, they were right and I saw four gliders lazily soaring around the sky as I approached. Back into 'Quick' mode, up the hill and launch into some easy lift and soon joined the others. And like everyone else, we then had over two hours of good soaring, with some good, feisty thermals, playing cat and mouse as we pimped each other's lift and made a good job of exploring every inch of the whole Benger ridge and well out in front too.
Along the way, Alek joined in, launching from way down the hill. Nice.

Just what was needed. A good long stint to sharpen up the flying, and conditions were well suited, as it was never 'relaxing' easy and was even a wee bit challenging at times. Those who top landed got an extra challenge, as the winds started to pick up later. And those same winds drilled me, and then the others, as we all attempted the fly down to the Gordon - so we had to walk the last 500 yards for our pints. Another Benger day to remember.