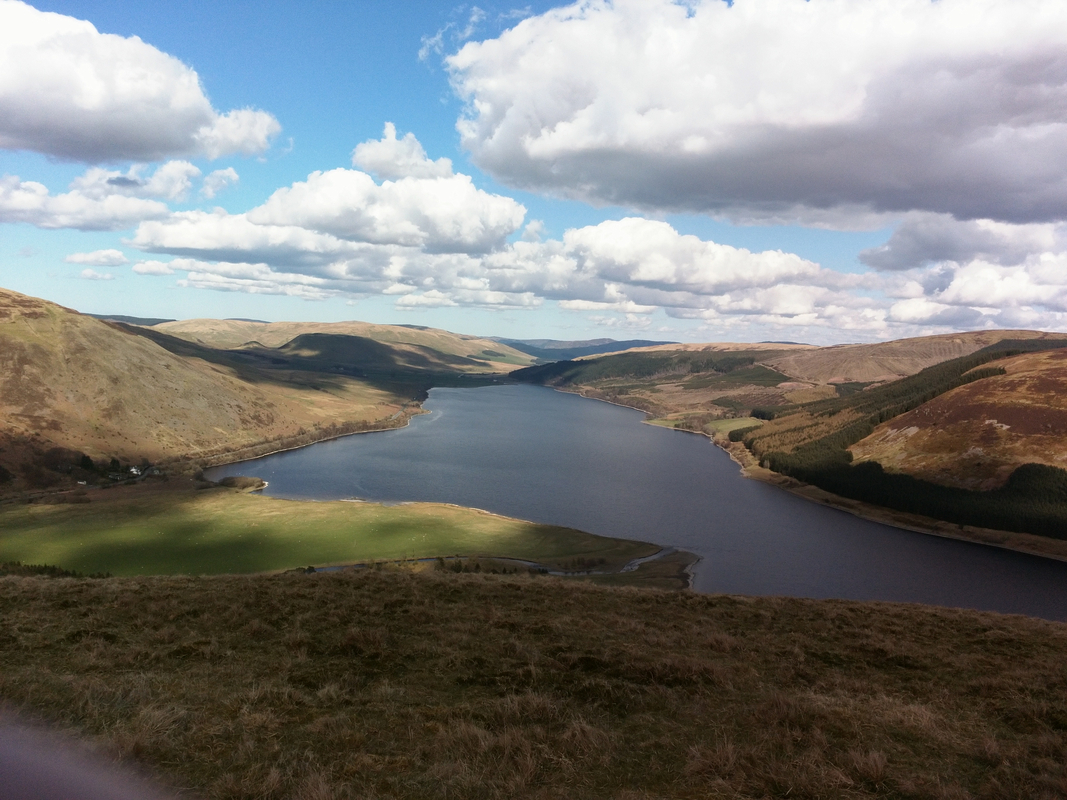 Forecast implied we might get some flying in earlyish on sunday morning but we all know forecasts change. Was getting ready to head out when rob said it was raining with him (lovely sky here in lockerbie).

A quick check of the rainfall radar. Doh! timings had changed and it looked wet not long after I would get to the hill.

Did some family stuff but kept an eye on the obs - new plan - late afternoon flying :-)

Got to the hill about 3.30. had driven through a light hail shower in the moffat water valley so was happy to see a clearing sky.

Tommy appeared about 20sec after I'd arrived. Conditions were looking good so we headed up.

Quite strange on take off. could see gusts coming down the loch but at times it was a tad northerly. strong at times too.

Tommy was first off. I had an abortive launch so Alex was second in the air flying wise although I probably had my feet off the ground first!

The air was pretty cold. Strong sun at times resulted in a few strongish thermic bubbles. combined with gusts from the NE (sea breeze ish maybe) made things interesting at times. There were a few vertical elevatory bits. not too much corresponding sink though so just spring conditions.

Jed was keen taking off from quite low down. and was soon up above the hill.

Probably got close to an hour in the air. It was still flyable when I headed down to land. I had my heated gloves on but batteries were not installed properly. Fingers were stinging!

Made it home in time to read the kids a story.

Nice afternoon/evening out. More please (but maybe a tad mellower if possible!)