After flying both Saturday and Sunday with the weather due to break it seemed that there may be a small window of opportunity to fly at Witchie today. The morning saw a grey sky that broke to give blue sky and fluffy white clouds....perfect except that as I headed to Witchie mid afternoon the sky darkened as the small Cu became CuNim in the distance.  However as I approached Witchie the sky to the south seemed OK and I could see Jed on the hill with the wing above his head and a buzzard thermalling several hundred feet above at the south takeoff.  I was trying to ignore the 'I don't want to be up there' sky to the north!!!!!!.

Following the usual review of all available weather sites a decision was made to head to the Moorfoots, at least that is where Fred was heading so I used flock instinct and followed!!.  I arrived to find cars parked on the corner and one pilot walking up the closest slope but no one else around or in the air.  It seemed breezy so I walked along the ridge to Torphichen Hill to find a number of folk sheltering well down the slope out of the breeze.  As the breeze eased slightly (or Graham proved it was flyable by gliding across from the quarry) the small group launched whilst I was still setting up.  After a pre flight check, I flicked the wing up and launched into lifty air conscious that some pilots were now settled high above the ridge whilst others were struggling to jump the gap.  The air was 'interesting' but once settled in I played in some of the thermals conscious that I was drifting back with minimal height whilst turning back into wind gave a low forward speed with a fence line below me. Caution prevailed and I slowly pushed forward and made my way to the far end of the ridge, turned back and followed a yellow glider that was slowly climbing out, the only problem being I was in the sink cycle of the thermal so decided to slope land rather that make the downward glide to the ridge base!!  By this time Fred had disappeared downwind on a venture. 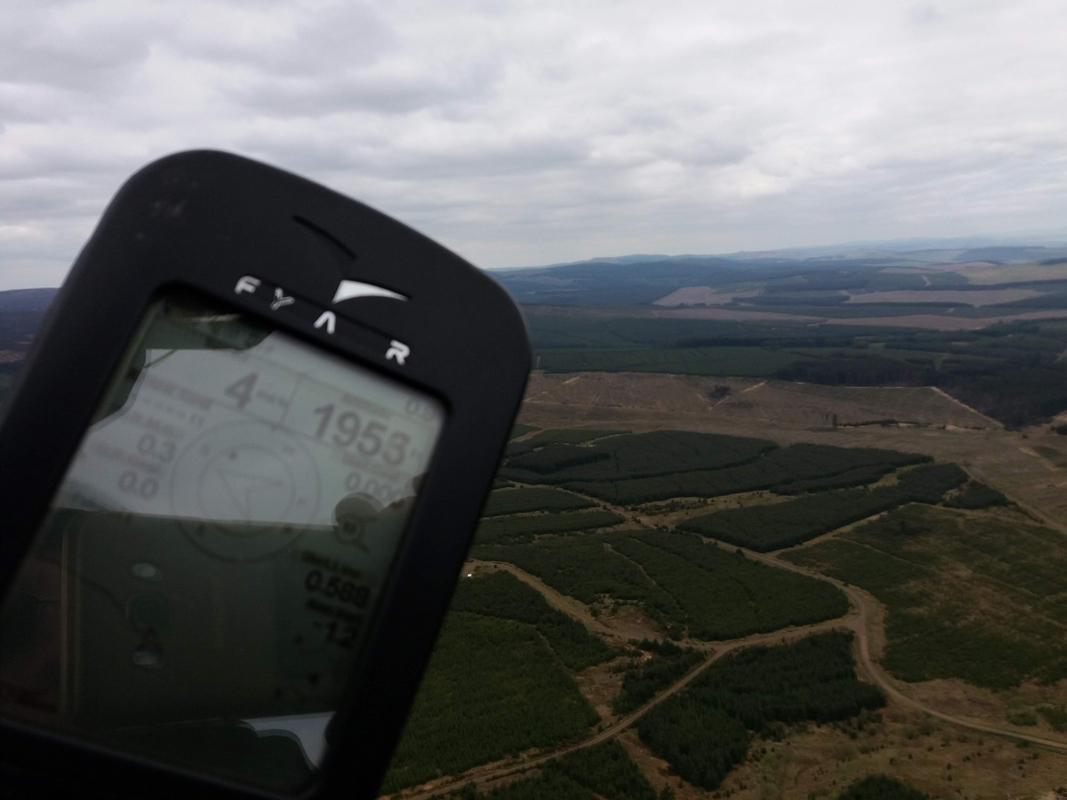 A few day before me an Ian went to fly the border facing ridge but it was just a fly down Scotland in to England to much north that day.
In years gone bye the club members would have been itching to be out in force on a May zing day fly, But our old friend the weather made choices complex.
Read more ... 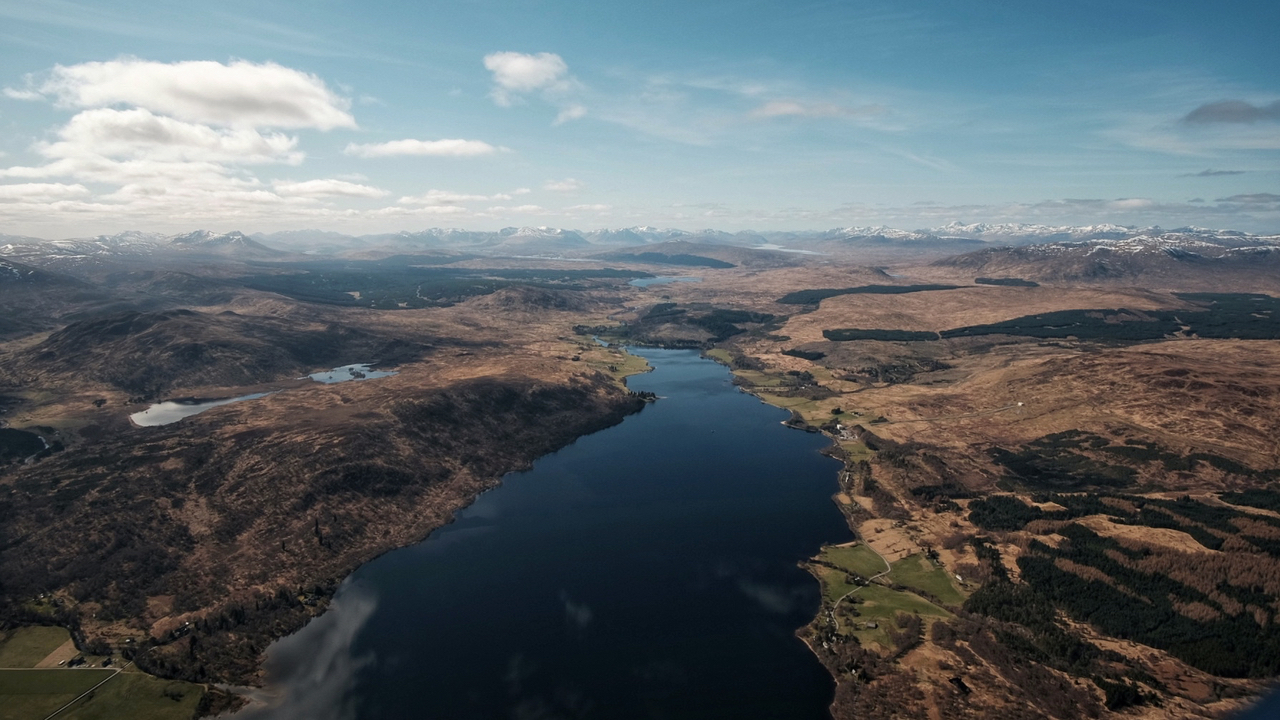 A Grand Day Out

A forecast of light southerly under the edge of a high pressure suggested a trip to the big hills up North on Sunday. Sods law that it was the night the clocks went forward, so an early start was made ruder by the loss of an hour’s sleep due to the clock change.
Fred & Rob were also up for an adventure so the plan was to meet at the Mhor 84 hotel by Balquidder.
By the time that a couple of coffees had been downed, there were about a dozen keen souls milling around. 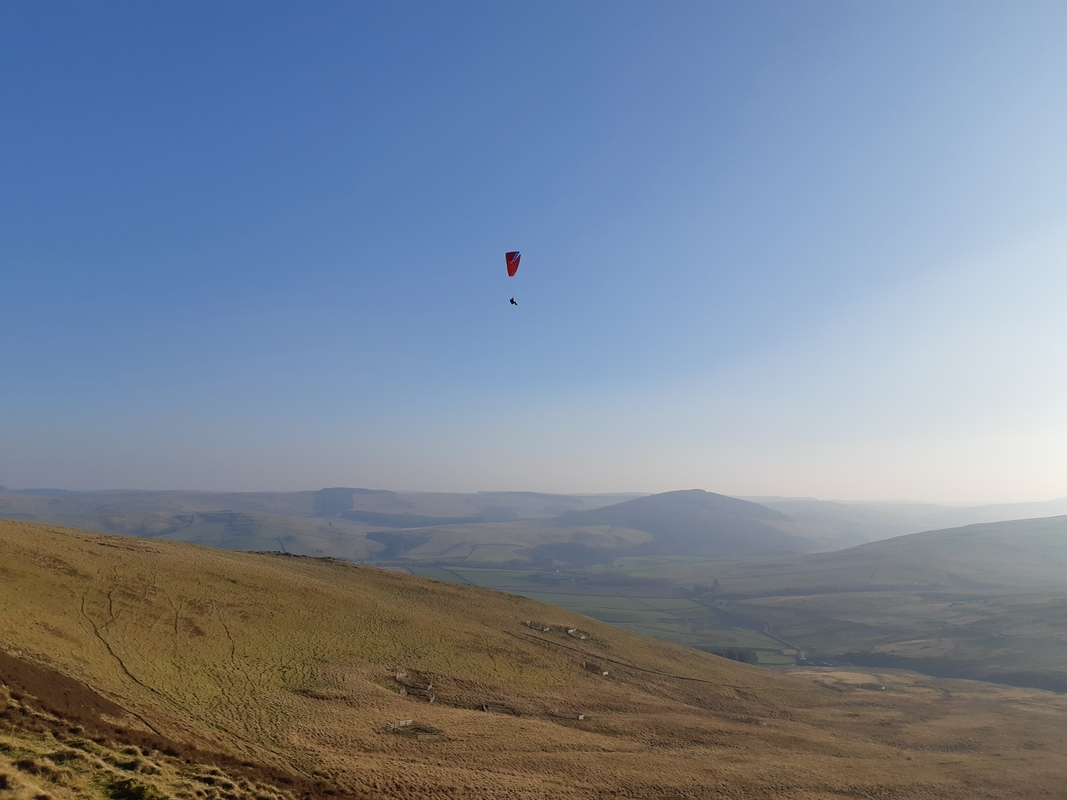 Better start with the apology first.  I did try and persuade Ged to do this log but he said he is inundated with so much fan mail from his previous logs that he needed time to catch up.  He has promised that he will write to the nice Nigerian gentleman who offered a share in hidden funds and put him in touch with the glamourous Russian lady, who seems to be offering some sort of special glider service, as soon as possible!!